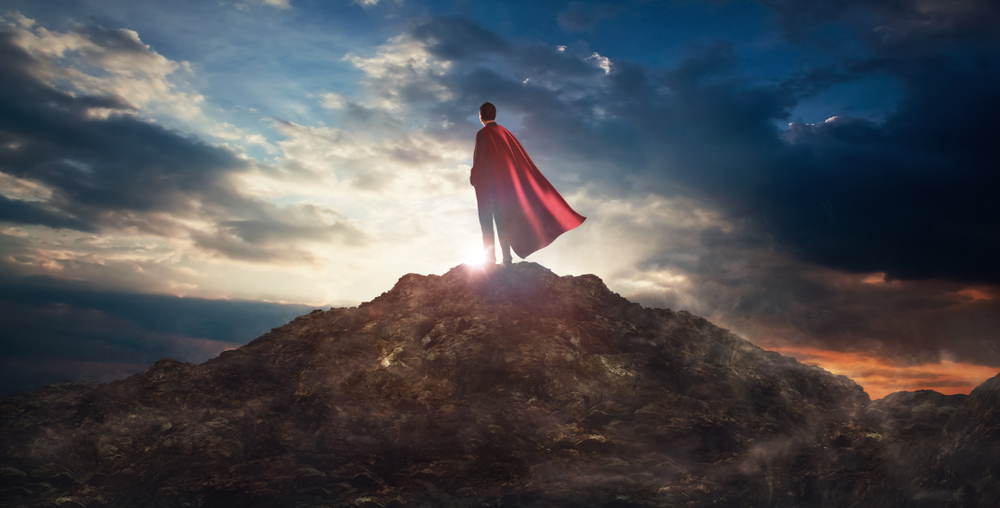 From time to time we meet someone who seems larger than life. We admire his accomplishments and seek to emulate him whenever we can. But as much as we might look up to our heroes, it’s important to remember they’re still human as well.

As little kids, our dad might have been our first hero. From our perspective, he was strong and wise and we wanted to be just like him. It was then a hard blow to eventually realize he had his own faults, shortcomings, and wounds.

In fact, there’s often a season or two in which we not only removed him as our hero, but also made him out to be a villain – off the pedestal and into the mud.

And we can do this with professional mentors and sports icons, religious leaders and social trailblazers as well.

We start off greatly admiring who they are and what they’ve accomplished. But in time we realize they’re not perfect. And the shock of this realization tempts us to then see them as all bad.

A better approach is allowing our heroes to also be human.

We can still look up to them without expecting every aspect of their lives to be favorable. To be sure, there might be many aspects quite disappointing.

Part of our humanity is being a mixed bag of sinner and saint – the ability to do profound good and to screw things up.

And so humanizing our heroes is respecting the many ways in which they’ve blessed us and have brought good into our lives, without turning a blind eye to their capacity to still sin and bring much harm.

And in acknowledging these ways in which they miss the mark, we don’t have to deny the genius and spark of excellence God has given them to reveal in the world.

In the end, let your heroes still be human – greatly admired for their gifts while allowing for their many shortcomings as well.