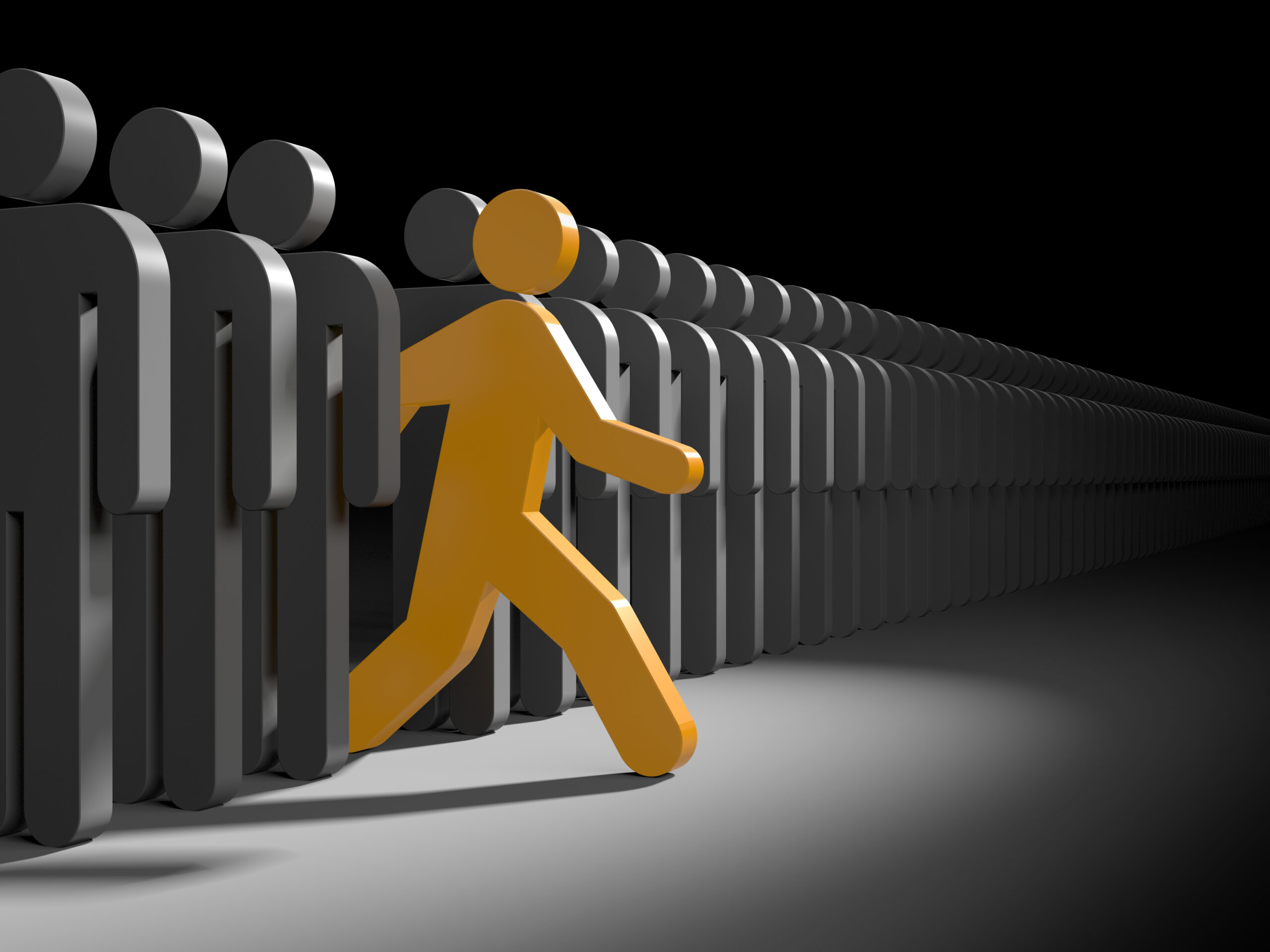 Someone has to go first

Home » Someone has to go first

Peer pressure is hard to resist. We all want to belong and it’s generally easier to simply go along with what everyone else is already doing. But someone has to go first when it’s time for a change.

Few set out to be trendsetters. Most of us settle somewhere in the middle of the pack when adapting to new changes. While we don’t want to be the last one to get the memo, we’re often not rushing to be the first one to try something new either.

Trying something new means we’re stepping into the unknown and opening ourselves up to many potential risks. And, to be sure, it’s much safer to let someone else try it out first. We’ll then consider following if it works out well for them.

This approach is fine for much of life when someone else is taking the lead and accepting the risks to move in the direction we need to go.

But there are times in which this ball falls squarely in our courts and we must be courageous enough to go first.

For instance, someone has to go first when the status quo of our marriage is no longer okay. All too often we stay stuck doing the same thing because no one wants to take the risk of going first. If she’s not changing then neither am I! And she is saying the same thing.

This plays out socially as well. It’s much easier to go along with the world around us than to stand firm in God’s truth and freedom. And we neglect our responsibilities to our home and those we’re called to lead when we’re not willing to go first and speak up as needed.

To be clear, every battle is not ours and so there’s no expectation to charge the field first on every issue. There’s great wisdom in finding trusted others to follow.

But we must also have the faith and courage to be the first to change when God has given us a vision for something better.

It’s okay to be first when the change is true and good. Step out and show the way for others to follow as well.