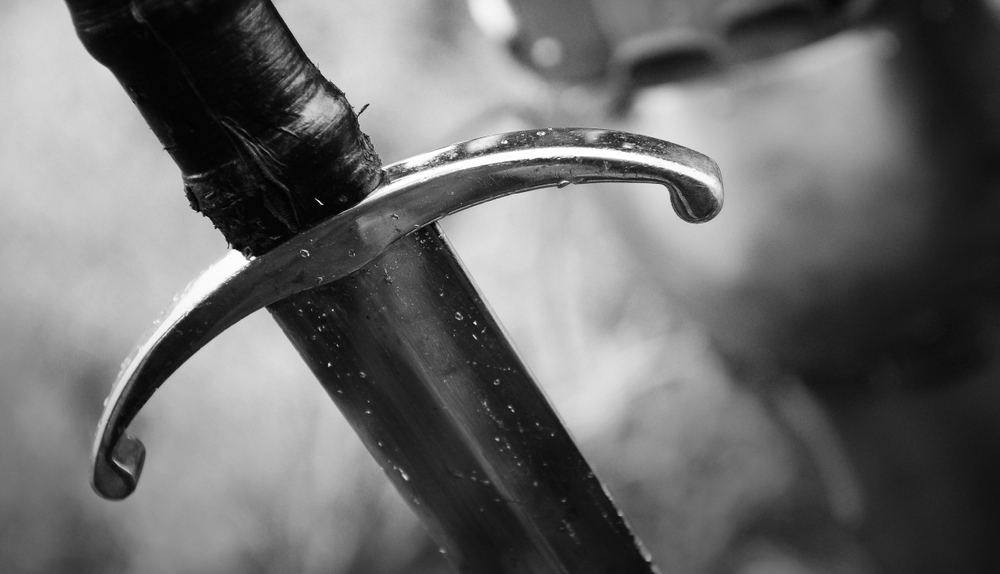 A time for the sword

Home » A time for the sword

There’s a time for war and a time for peace. And we must be willing to fully embrace the reality of both. While we don’t fight just to fight, we neglect our responsibility as the true sons of God when we don’t stand against evil and fight for what is good.

It’s true, we’re peacemakers – called to do our part to live peaceable lives with all. And it’s a naïve fantasy to believe we live in Mayberry and that everyone has our best interest in mind.

We live in a world at war and must contend with forces hellbent on killing, stealing, and destroying all the good God has for us.

And we miss reality and allow for much harm when we assume merely playing nice with others is the best strategy forward.

As much as Jesus is the Prince of Peace, he also reminds his followers he didn’t come to bring peace, but a sword. Choosing to follow Christ often makes us enemies with the world and we must be very clear where we place our allegiance.

Will we take up the sword of righteousness and advance the kingdom of light?

For instance, will we fight for God’s truth in how we understand our homes, our bodies, and our sexual expressions?

Will we courageously stand against the evil acts in our communities – no longer passively turning a blind eye but boldly stepping forward to bring true justice and goodness?

And will we creatively bring more beauty and light into the world rather than allowing images of corruption and perversion to reign supreme?

The fight needed is rarely with our hands and fists, but it’s real all the same.

Merely playing it nice abdicates our responsibility and invites unnecessary suffering into the world.

There’s a time to make peace. And a time to bring the sword. Pray for the wisdom and courage to know which season God has for you now.